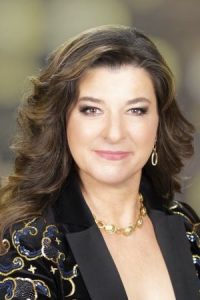 Natalie is an active recitalist and champion of contemporary music, which has allowed her to work with living composers on albums and sing on the world premiere opera recording of “The Mask in the Mirror” by Richard Thompson. Opera news wrote, “…Sarah, sung by Natalie Mann, whose ingratiating vibrato makes her character unmistakably seductive.”  She is currently working on an album of music featuring multiple world premiere recordings by American composers titled “An Evening on the Mezzanine”

As a concert soloist, she has performed with the Chicago Symphony Orchestra, the South Shore Orchestra during two New Year’s tours of China, and the La Jolla Symphony and Chorus as the soprano soloist in Beethoven’s Missa Solemnis and the Ninth Symphony.

Her operatic roles include Lady Macbeth in Verdi’s Macbeth and Ameila in Verdi’s Un Ballo in Maschera, Mozart’s Donna Anna in Don Giovanni and the Countess in Le Nozze di Figaro, Micaela in Bizet’s Carmen and Marguerite in Gounod’s Faust.  Critics praised of her portrayal of the title role in Suor Angelica:  According to Peter Jacobi of the Herald-Times, “Her soprano soared with fullness of tone through the climaxes; no high note seemed to tax her.”

Ms. Mann’s concert appearances have been equally well received.  Of her Carnegie Hall recital, Abigail Wright of The Opera Insider observed: “Ms. Mann does an excellent job of continuing her brilliantly sustained legato, undeniably stunning high notes, and impressive quality of pitch and tone center across the board.”

She holds advanced degrees from Indiana University and the University of Wollongong in Australia, funded through the Rotary Ambassadorial Scholar program, as well as a Bachelor of Music from Butler University.