“… a gleaming, shimmering sound that seems to emerge with little or no effort, floating on a seemingly inexhaustible stream of breath. One must appreciate the flawless legato line with which she sings even the most difficult of these songs, and the easy warmth with which she rides the highest climaxes.”
– Gregory Berg reviewing the CD ‘Experience’ for the Journal of Singing.

“A superb exponent of contemporary American songs, soprano Natalie Mann has a voice that is simultaneously strong and tender, passionate and subtle. Her phrasing is sensitive to the texts and unfailingly musical. She never grandstands, and her most touching moments are often the quiet ones, but she can turn on the power when necessary. Often I find myself complaining about shrieky, inappropriately operatic voices when reviewing releases of American art song. Such is not the case here. The repertory in this program is ideal for Mann’s gifts”
– Sullivan, American Record Guide. 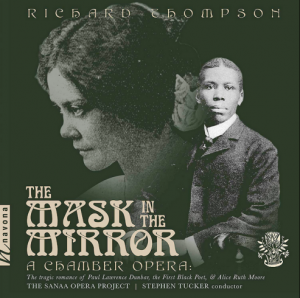 “Ms. Mann’s voice soared over the other sisters in timbre and character every time she sang, conveying a wealth of emotions ranging from maternal concern for the other nuns to grief, passion and celestial bliss in the latter half of the opera” – Coril Prochnow.

“The show was ruled, however, by soprano Natalie Mann, who sang and played the title character, Hanna Glawari, brilliantly. From her glamorous first entrance, she wears the role elegantly and with distinctive style. Mann’s voice and technique are superb top to bottom, and her acting smooth and unruffled, embodying the character right down to the aristocratic accent that was consistent in both sung and spoken lines.” – Singerpreneur.com

“The leads, Macbeth and his Lady, were played by Michael Blinco and Natalie Mann, who are both so secure in their parts, and so good together, that they could take these roles tomorrow to almost any stage.”– Lauri’s List

“Natalie Mann’s high notes soar with no tension, and her full and balanced tone from top to bottom dances with Jeffrey Panko, whose sensitive clarity creates a musical organism between them throughout the concert.” – The Opera Insider

“She has a warm and rich tone less common in lyric sopranos, and both Strauss’s writing and the German language embrace and support her technique gloriously.” – The Opera Insider

“Her soprano soared with fullness of tone through the climaxes; no high note seemed to tax her. Dramatically, she turned into the victimized creature Puccini intended her to be.” – The Herald-Times